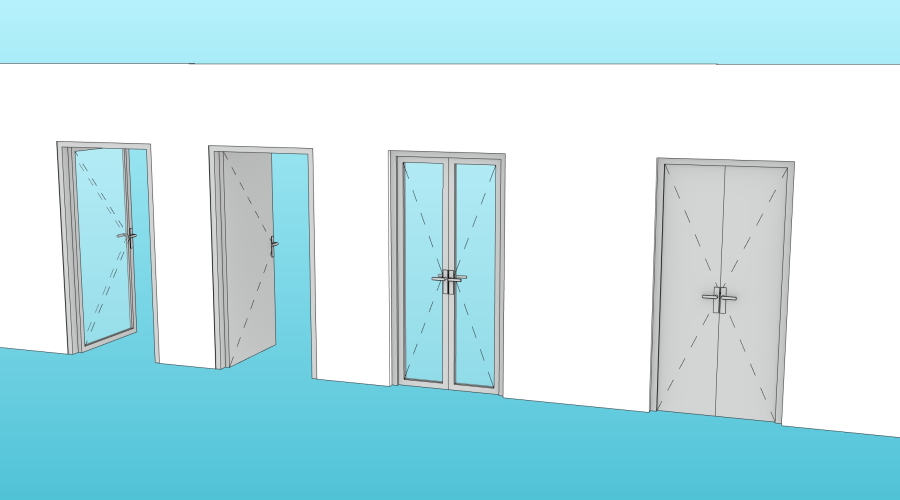 Some of the usual features requested by the VisualARQ users is “why doors and windows in VisualARQ don’t have handles?”.

The VisualARQ objects have been designed to be lightweight objects with a simplistic level of detail. Some of them can be created from blocks, which can include the geometry of the handle. But in that case, since the blocks are “static”, they lack parametric edition.

Developing a handle component for system doors and windows is actually a feature planned for future versions, but it can be already achieved with doors and windows created as “Grasshopper styles”. These are VisualARQ objects driven by Grasshopper definitions, so anyone can design their own parametric objects, with more or less level of detail. And others with no Grasshopper experience can use them in their projects, once the style is created.

With this technology, new parametric doors, and windows with custom components, such as sills, shutters, or blinders, could be added to your models.

We have just published a set of parametric doors and windows with a handle component, ready to be used by anyone.

These objects are available to download on food4Rhino as .val files (VisualARQ styles):

You can just import them running the vaStylesImport command, and they will be ready to be inserted in your models.

In addition to the handle component, some of these door and window styles include some features missing in VisualARQ, such as the “Operation lines”, or a parameter that lets you control the alignment of the leaves with the frame.

We encourage you to develop your own Doors and Windows created as Grasshopper styles, and share them with the community on food4Rhino as well!