This project, developed by the student Stanislaw Borys, has been awarded 2nd place in the VisualARQ BIM Design student contest 2022.

The dynamics of behavioral changes and needs of society are accelerating, and buildings with modern solutions are “aging” faster than ever. In order to maintain the validity of the building’s functionality, it refers to an objective constant related to education and social activation, namely the grid structure. “Grid” is a model often referred to in the context of practically all elements of culture and social life, because it aptly visualizes the whole concept: it allows, among other things, to move backward, to combine more than one point with a number of others, to indicate distant and indirect connections, etc.

Hence the guiding principle of the Paris Belleville mediatheque project was connections. The metaphor of the network of connections finds its justification both in the learning process, where the addition of more factors and information builds a fuller, more objective picture of the issue at hand, and in the general depiction of social relationships and interactions: two essential tasks for which a mediatheque fulfills.

The translation of the visualized concept of connections into the construction project took place in two main stages. The first step was the constitution of a network of points in the volume of the planned building. Connections were then made within the “point cloud”, marking the key directions of the structural and volume elements that make up the building’s form.

The building has been programmed with multimedia, workshop, and multipurpose rooms – spaces that are accessible to visitors; portable furniture, storage for equipment, and movable walls create a flexible program that adapts to the needs of users.

The design of the mediatheque assumes the use of innovative technologies and unusual technological solutions required testing many variants of technical solutions, paving the way for an approach to modern architecture.

How has VisualARQ contributed into the project development?

The structural system used to support the curtain elevation in the mediatheque building, developed by Richard Buckminster Fuller, Kenneth Snelson, and David Georges Emmeirch, is based on mutual stabilization of tension and compression elements: The corresponding point connections defining the structure on both North and West elevations has been defined in grasshopper, and later translated into elements in the IFC standard so as to grant the compatibility with the BIM model built in ArchiCAD. VisualARQ made it possible to classify the structural elements as BIM objects (precisely IFC beams) with corresponding radiuses of cross-sections to their function: compression elements and tension tendons. 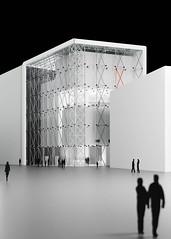 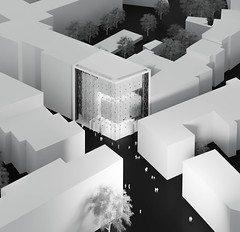 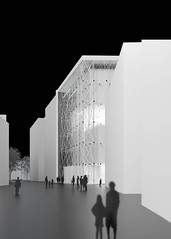 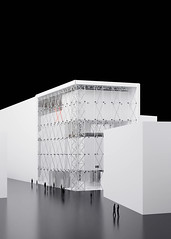 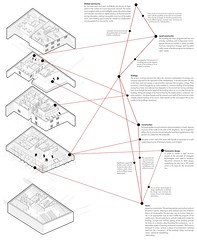 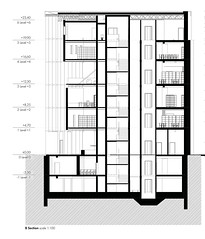 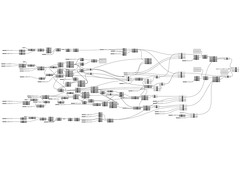 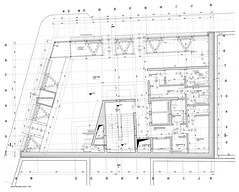