Split a beam in different parts

There is no command in VisualARQ to split a beam in different parts. However, there is a trick to achieve that using a simple Grasshopper definition with VisualARQ Grasshopper Components.

The definition simply obtains the path curve of the selected beam, breaks it into different segments, and creates new beams with the resulting segments. 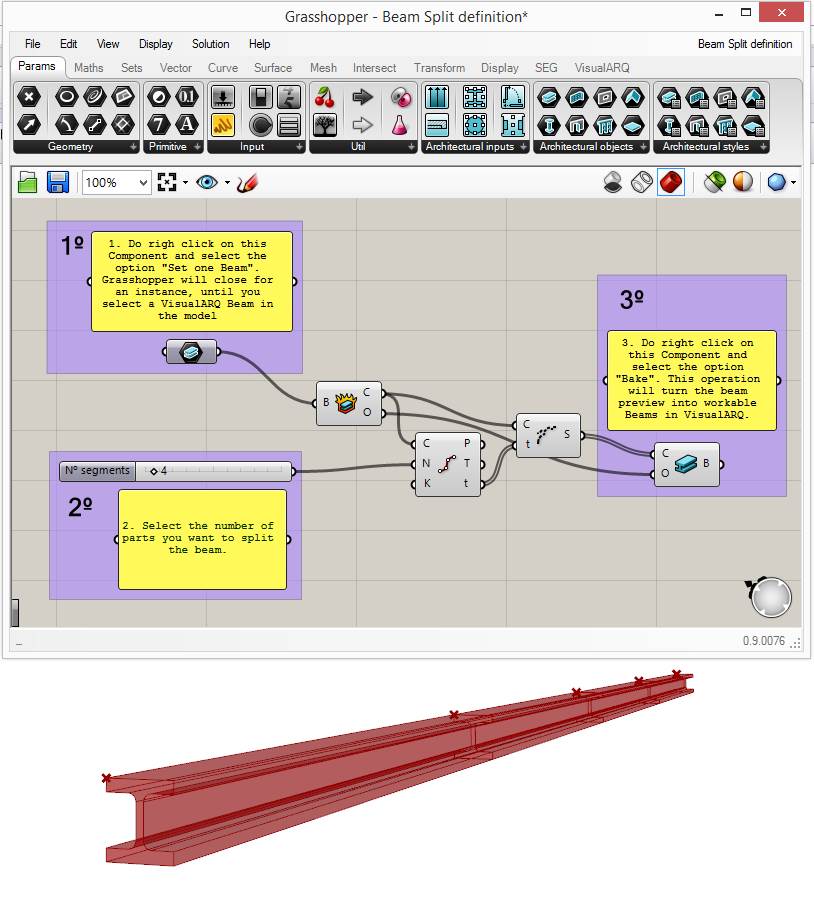 The same definition can be used for VisualARQ walls, curtain walls and railings, replacing the Beam components by the corresponding object type components.