EcoHouse is a small housing located on a plot very close to the beach, on the island of Florianopolis in Brazil. It seeks to minimize the impact of construction, both in terms of interference with the landscape as well as the materials used. With the exception of the foundation (reinforced concrete) the whole house was built with autoclave processed pine wood, and some walls lined with plasterboard. The construction process was in wood frame, which allowed a light building, but with high quality in both thermal and acoustic comfort. A natural drainage system gives the land the possibility to “dialogue” with the water table which, due to the proximity of the beach, is very high. The villa has a green roof and a large tropical garden on the ground. Seen from above, what you see is a large green spot. Thus, we do not interfere with the natural process of the rainwater cycle. As a concept, the main idea is to minimize the boundary between being in and out. The house opens to the garden and the street, going against the trend of high walls with security systems. The house aims to be as transparent as possible by establishing a dialogue with the neighborhood. This is the only way to do a city. In terms of project development, we chose to use Rhino and VisualARQ. We had as obsession an exhaustive control of all the material used, in order to generate the minimum amount of waste. In this sense, the bills of material that VisualARQ generated were fundamental. Another important aspect is the combination of VisualARQ and Rhino. For example, the staircase was designed in Rhino, but it participates in the entire project. All documentation (plans, cuts, facades and window frames) was generated automatically, with the advantage of being linked to the 3D project. VisualARQ also helped to define the construction steps. We were able to build it with 3 people on site in 2 months. EcoHouse aims to be an alternative to sustainable building, rationing the materials used and the speed of their execution. At the same time, it rereads the amount of space that housing need. In its natural life cycle, it can be easily expanded, aiming at the reuse of its materials. Images provided by Affonso Orciuoli 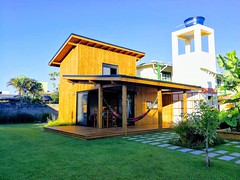 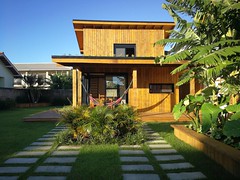 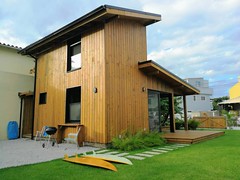 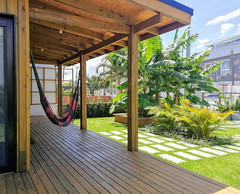 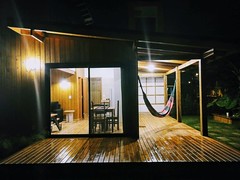 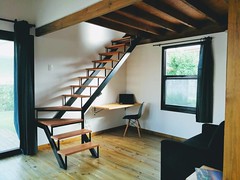 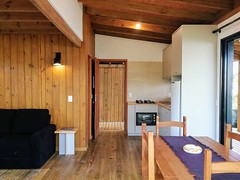 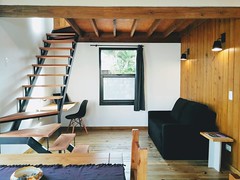 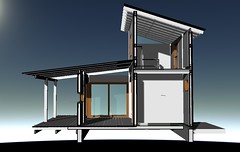 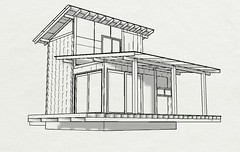 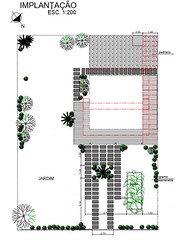 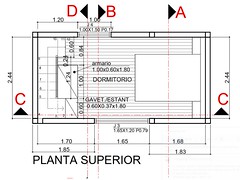 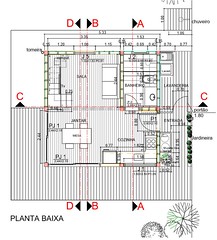 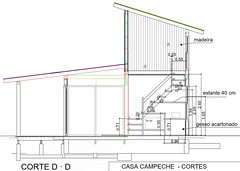 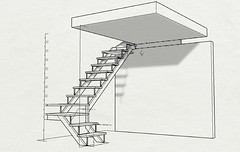