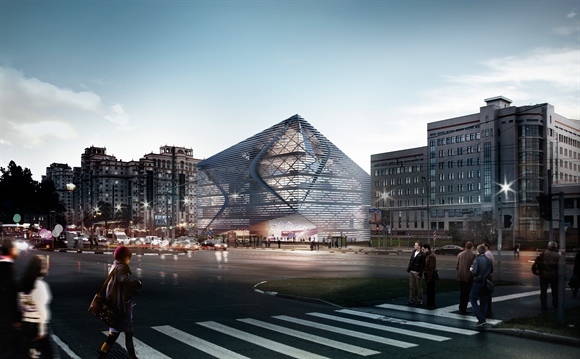 It has been many years since the time when Soviet architecture clashed with the grand, magnificent avenues of the Russian capital. Actually, its reputation for being massive, grey, and drab could not be farther from the truth. On behalf of modernity, in recent years new buildings are being erected, and these are returning a new found splendor to the streets. This should come as no surprise, architecture is but another aspect of the economic rise of a nation that advances resolutely towards reclaiming its prominence. We at VisualARQ, developers of architectural 3D modeling tools for Rhinoceros, pay special attention to projects created with Rhino, and today we are showcasing a 2013 project by Danish architecture studio 3XN. 3XN was in charge of designing a cultural center in Moscow—the Museum & Educational Center (MEC)—using  Rhino as their main architectural design software. All 3D parametric and generative models were created in Grasshopper (they also used Autodesk’s 3D Studio Max during the drawing phase). The building is located on Lomonosovsky Avenue, near the emblematic tower in Lomonosov University. However, the goal of the architects was not to create a cultural center that might be perceived as a nod to the scientific work being done at the university, but rather to convey flexibility and openness, favoring the interaction between people and the world of research and technology. In addition, the building had to meet the students’ needs and blend nicely with the imposing urban surroundings. For this, they designed it with two levels. The upper level faces Lomonosovsky Avenue, almost directly facing the impressive university. On the other side, the building descends gradually towards the park. 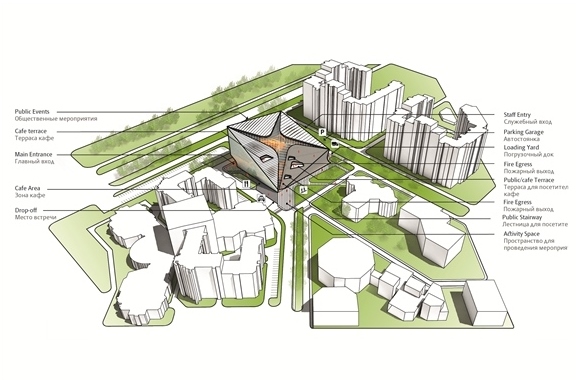 The museum combines the attraction of its contents—the world of science and technology—with the external attraction of a street life full of cafés, resting areas, and outdoor activities. The spectacular façade is composed of horizontal slats which let the light through, and at the same time allow for the placing of an interactive screen. The contorted exterior turns into spirals on the inside. From the central patio you get an open view of all the galleries on the different levels, which reinforces the feeling of interaction—this time between the visitors and the exhibits.

All in all, the museum has become a cultural center, a city landmark, and a meeting point for students with a feeling of flexibility and interactivity. #architectural design software, #Rhinoceros, #Grasshopper, #3xn, #Museum and Educational Center MEC, #Moscow, # Asadov Architectural Studio, # BuroHappold, #VisualARQ (Article by M.A. Núñez)