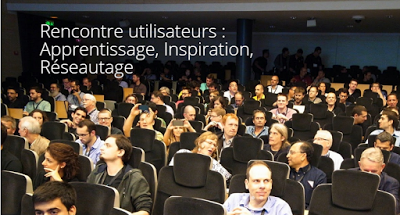 Rhino User Meeting Paris Date: 20 June 2017 Place: E.N.S.A.P.L.V (École nationale supérieure d’architecture de Paris-La Villette, 144 Avenue de Flandre, 75019 Paris) The Rhino user meeting event aims to create a multidisciplinary exchange network where attendees will be able to learn and gain inspiration from each others in the most varied industries. With a focus on AEC and product design, keynote speakers will give attendees the opportunity to learn how Rhino combined with a number of plug-ins has made it possible to convert ideas into real projects. Presentations will be held in French language: Sign up now. Seats are very limited!