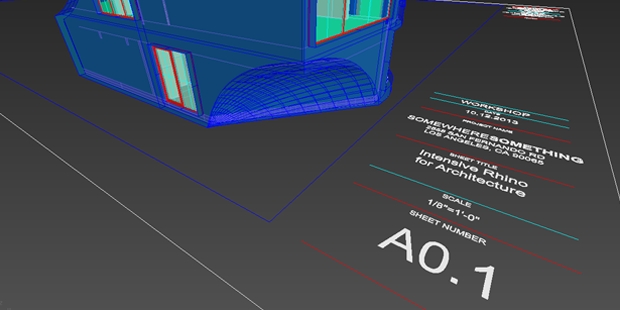 Take advantage of this training opportunity. This summer, in Los Angeles, several courses on Rhino, Grasshopper and VisualARQ will take place. You have two ways to approach this: In both cases, check out this tempting offer by SomewhereSomething. You can sign up for one or several courses: It’s impossible not to find any of these courses attractive. Go ahead and take a look! Location SomewhereSomething 2558 N. San Fernando Rd, Studio A8 Los Angeles, CA 90065