A joyful and cozy school, thanks to its architecture 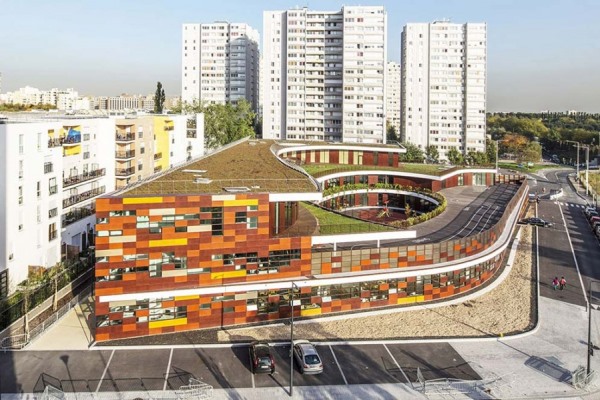 At present, the most important efforts in architectural design are focused on large facilities, i.e. museums, sports stadiums, malls, office skyscrapers, etc. The basis of our progress will not come from these buildings, but from a more basic kind of building, our society cornerstone: universities and schools. Bobigny, a city in the metropolitan area of Paris, is a working and administrative town. After the end of World War II, and until the early 60s, it experienced a dramatic increase in population, which led to the construction of many houses, often humble ones. The city has a long history in the struggle for the basic rights of its inhabitants. In 1955, a set of social housing, officially called “Star City”, was built. Its other name was “Emmaus City”, from the name of the popular social organization which had commissioned its construction to the architects Georges Candilis, Alexis Josic and Woods Shadrash. During the following years, the city continued to grow and to pay special attention to the urbanism inspired by Le Corbusier, trying to create a “harmonious and liveable” city that offered accommodation, cultural and social facilities and roads in a balanced way. In this historical and social context, the construction of a building that would bring together a nursery, a primary school, a playroom, a sports area and a leisure centre was commissioned. For this building construction, a very central location was chosen, close to the city hall. This project was intended to become a reference point in everyday life. It succeeded in its intentions since, with its height and orientation, it has become an emblematic building symbolizing urban renewal and infrastructures modernization. 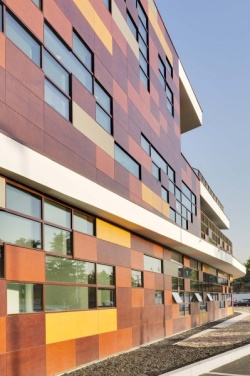 The work was commissioned by competition to the Paris based Mikou Design Studio, founded by the twin sisters Selma and Salwa Mikou. These two young Moroccan architects, after working at Renzo Piano and Jean Nouvel offices respectively, created their own studio in 2005. They declare themselves lovers of cultural projects. For this project, they disposed of a budget of 9 million euros and created a building with a usable surface area of 4,510 m2 and an outdoor space of 1,563 m2. For the Georges Valbon school, they created an architectural design, made of different levels, which stands out for the colorful wood panels alternating with random openings. This cheerful façade is the entrance to the nursery, the school, the playroom and the common areas. The building conforms itself to the urban space delimited by the three streets and the pedestrian area surrounding it and plays with the different heights to lighten its weight and provide a soft and comfortable panoramic view. It is an emblematic element in this environment and provides very different perspectives depending on the different points from which it is viewed. The objective was to create an area of security and protection for the children without any of the negative characteristics that could be attributed to an enclosed place. According to the authors, the spiral volume that wraps around the central core forms an enveloping environment that protects the privacy of the children. 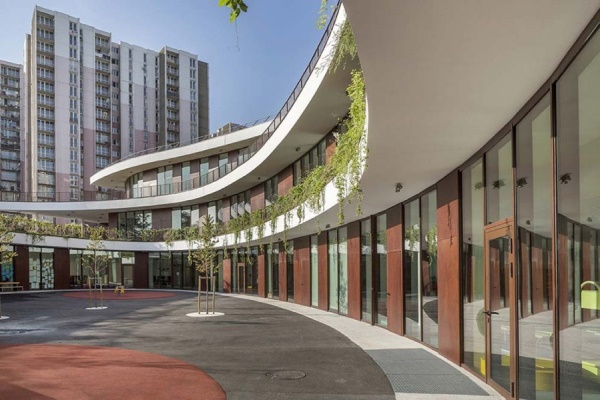 In the northern side, where the pedestrian area is, the building has three floors dedicated to institutional activities. The design here is austere. The height diminishes progressively and, in the south and west sides, the building only has two floors. Since this design promotes the maximum input of sunlight in the areas occupied by the school, the entrance is warm and bright. The top view shows a series of planted terraces that surround the nursery playground on the main floor and the school playground on the first floor, with the intention of creating a wall of vegetation hosting a friendly and protective space for the children. The main floor is occupied by the nursery and is designed around an oval playground for the little ones. In the first and second floor there is the primary school, whose classrooms overlook their own playground. An oval-shaped atrium allows sunlight distribution throughout the building. 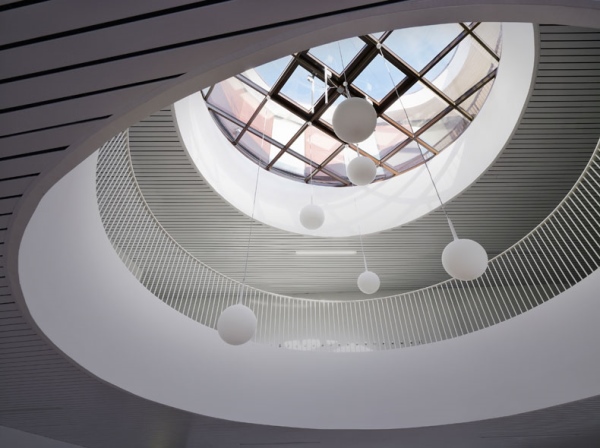 The architectural design allows sunlight to be distributed throughout the building

Considering that the building was destined to children, soundproofing materials have been used in walls and ceilings. The tools used for the project development were AutoCAD LT 2011 and Rhinoceros, Adobe Photoshop and Adobe Illustrator. VisualARQ could be very useful to model this project in 3D in a fast and effective way, especially for the generation of all the curved elements existing in the project: walls, railings, slabs, etc. 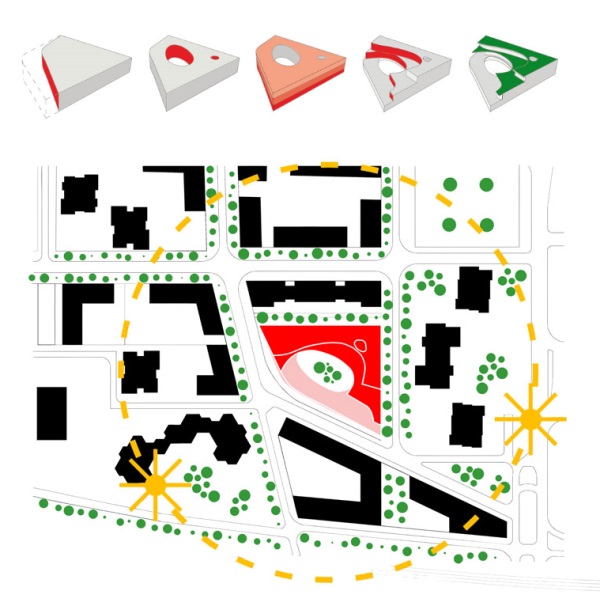 Sketch Design of the Bobigny school by Studio Mikou

The Mikou sisters have created a school and a garden, a note of harmony, color and joy for the people of Bobigny. (Article by M.A. Núñez)