From Cultural Heritage to BIM process 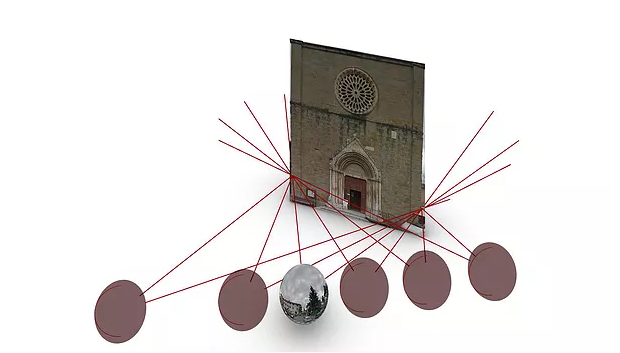 Get to know the process of reproducing the main facade of San Agostino’s church (Amatrice, Italy) with Rhino and VisualARQ and its connection with Grasshopper. The modeling starts with the main elevation picture which has been obtained from photogrammetry and which allows taking accurate measurements of the existing facade. Then VisualARQ is used for modeling the facade, using some of the VisualARQ BIM objects. The rose window of the main facade has been recreated in Grasshopper and adapted as a new VisualARQ window style using one of the main features of the upcoming VisualARQ 2 version, the option to create VisualARQ object styles from Grasshopper definitions. The following video features this workflow. It has been created by Michele Calvano, architect, co-founder of ArFacade (https://www.arfacade.com/), and researcher in the Faculty of Architecture of the Sapienza University of Rome (https://www.drawing4design.com/). Michele shows another example of using the VisualARQ connection to Grasshopper in this post. Image and video provided by Michele Calvano.