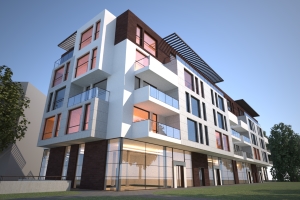 Residential building in Gdansk created with Rhino and VisualARQ. Rendered with Maxell render.

Today we present a project of a residential building in Gdańsk, Poland, created by Skalany Architects architecture. The project is a good example of how VisualARQ and the VisualARQ Grasshopper Components were used for the different phases of the design process. The project features an apartment building with some commercial areas (shop and offices). Andrej Skalany, one of the main architects at Skalany Architects, explained that he made up a Grasshopper definition with some VisualARQ object components, such as walls, beams, columns and slabs which he used to find the best solution for the building framework. In his definition he created some grid reference lines and placed VisualARQ columns at intersection points. The grid and columns position moved dynamically according to the values given, while trying to find the best structural layout. 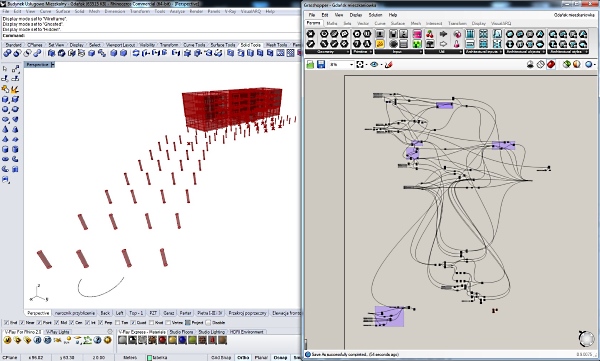 VisualARQ Grasshopper Components were used to design the building framework.

Once the optimum values were found, all the Rhino and VisualARQ object components were baked to be further edited in Rhino. Once VisualARQ objects are baked, they become native VisualARQ objects in Rhino, so they keep their parametric properties. The project was further developed in cooperation with PlanWM office, who approved the Grasshopper definition according to the given parameters. 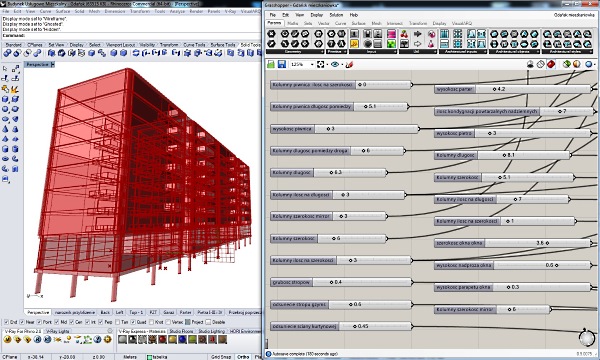 VisualARQ Grasshopper Components were used to design the building framework.

Back in Rhino, some Rhino solids and other geometry were added to the model to finish the conceptual design process. All further 2D drawings were created in Rhino. VisualARQ helped to generate and calculate the areas of the building with the Space command. Andrej also appreciated the VisualARQ dynamic section tool and the option to hide and display levels with the Level Manager, not only for the ease of use but also to get interesting section views of the project. 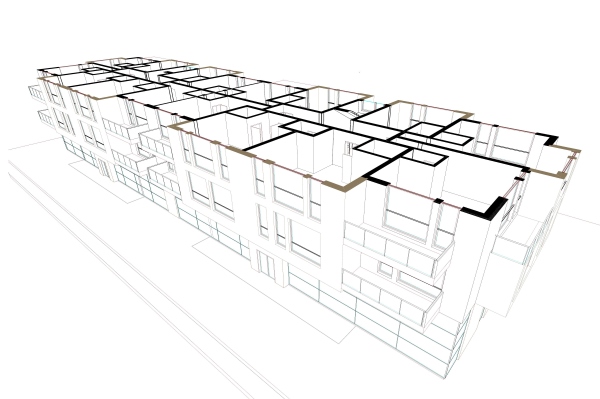 Images provided by Andrzej Skalany. Take a look at this project in the VisualARQ Gallery. 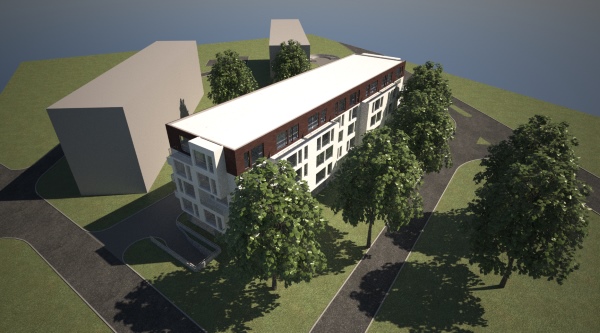 Overview render of the residential building. Rendered with Maxwell render.